We would like to use third party cookies and scripts to improve the functionality of this website. Approve Kill Rock Stars | Running In Production With Scissors

Your engineering team is a band, not a person 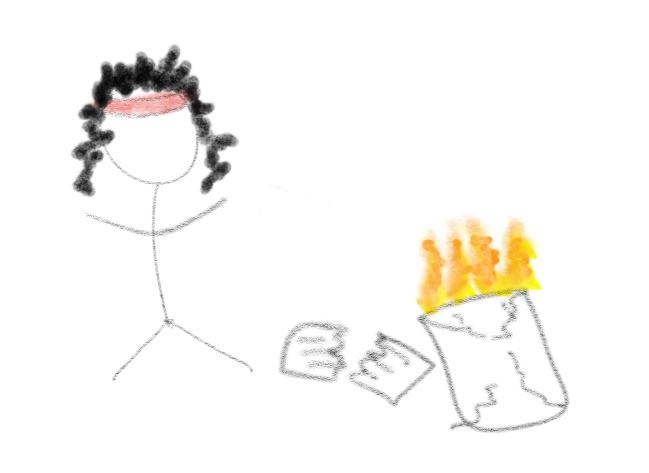 Several months ago, I wrote about how engineering leaders need to reward the behavior they seek by recognizing positive behaviors without creating incentives for ultimately counterproductive or less impactful work. After some thought and conversations in difference forums, I have a few points I want to add.

Engineering upper management: We have proposed or we already have a forum or process for recognizing accomplishments, but some teams are pushing back.

My take: There are any number of contributing factors here, but a couple I’ve seen and heard of stand out.

First off, though, you need to have honest but safe conversations with people pushing against current systems or efforts for individual recognition. While it’s always possible some people may be playing politics to try to game the system in their favor, or are simply petty, start by assuming that’s not the case. If you have had the program in place for some time, people may have picked out unfair or inequitable patterns on who tends to receive more attention. And if the proposal is still on the table, some people may think it seems ripe for unfairness or it may remind people of failed efforts they’ve seen before.

Some people may have the perception that certain teams or people get a disproportionate share of accolades. Sometimes perceptions are skewed. Keep data on who gets recognized when to see if the numbers back the perception of uneven recognition. While the most frequently rewarded team members may, in fact, be deserving of recognition for their accomplishments, are they really doing the lion’s share of the valuable work in your organization?

This kind of belief, the myth of the “rock star” engineer, is generally not only undeserved (and often selects for a certain personality type which can be counterproductive for teams as a whole; more on that below), but managers who think the rock star myth is actually a “real thing” can also, consciously or not, make choices that reinforce this distortion of reality, usually by consistently giving these people the higher-profile work that also tends to garner applause.

As I wrote in the earlier post, it’s not uncommon for certain teams or engineers to get the largest number of highly visible projects. However, to be clear, high-profile work doesn’t always correlate to the most valuable work. Presumably you wouldn’t be paying any engineers who weren’t contributing to the success of the organization and company, although unfortunately most of us have seen managers and companies that do tolerate those employees.

If the emphasis on appreciation for shiny, noticeable work comes from outside the engineering team, it falls on engineering management to work against that perception. Raise the profile and emphasize the value of contributions of team members who may not have directly created the most externally-visible work. This effort may involve educating and highlighting how everyone, particularly people in less prominent roles, fits into the team and provides value.

Another important way to make the distribution of recognition more equitable also happens to be good management practice in general: helping people grow and develop their skills. While it may not be possible to give every engineer a significant piece of every major project, you need to make sure you’re not automatically choosing the same set of people each time to the exclusion of engineers who have pertinent skills and desire to branch out of their regularly-assigned areas.

Note that I did not say “their comfort zone.” All too often, managers are keeping a contributor’s role limited rather than the contributor themself. Don’t limit someone’s growth just because it’s easier for you, and don’t assume that, just because some people are less likely to push and complain, that they’re satisfied with their limited challenges. I’ve especially seen and heard too many instances of how managers decide that people who are less “aggressive” at pushing for and grabbing new or greater responsibilities don’t really want them. This excuse disproportionately and unfairly impacts members of many underrepresented groups. Meanwhile louder but often less capable people end up getting promoted more quickly. Don’t mistake assertiveness or self-marketing for real engineering skill. Fix biased bullshit and bullshit biases if you really want to retain talented engineers who invest in valuable work more than they do self-promotion.

Real-life rock stars are not always the best musicians. You need to build your teams as a band where everyone pulls their weight if you want to build an organization that truly is greater than the sum of its parts. Treating someone like a rock star can also have the flip side of treating their peers like anonymous, disposable session players. Doing so will undermine the effort to create the team that you really need.

At the end of the day, if you make sure you’re giving everyone a chance to work on important, higher profile projects and giving them the space and support to stretch and grow, you will have a strong, effective team, which is far more valuable than one or two “rock stars.”

Adventures in Freebernetes: Getting Ready to do Kubernetes the Harder Way

Adventures in Freebernetes: Cloudy with a Chance of Rain