We would like to use third party cookies and scripts to improve the functionality of this website. Approve Adventures in Freebernetes: A Bridge Not Far Enough | Running In Production With Scissors

Part 6 of experiments in FreeBSD and Kubernetes: Automated VM installation with CBSD and falling down the network rabbit hole

In the previous post, we cloned a VM by using a snapshot of the ZFS volume of an Arch Linux volume we had installed from (virtual) CD. You can also automate OS bootstrapping in CBSD by using cloud-init.

I speed through cbsd bconstruct-tui, use all the defaults (except changing the default VNC address to the NUC’s network interface card (NIC)), and hit go. Except then it tells me I need to set cloud_options so I go back and do that, using all the defaults except user password. (I took the screenshot before changing that.) 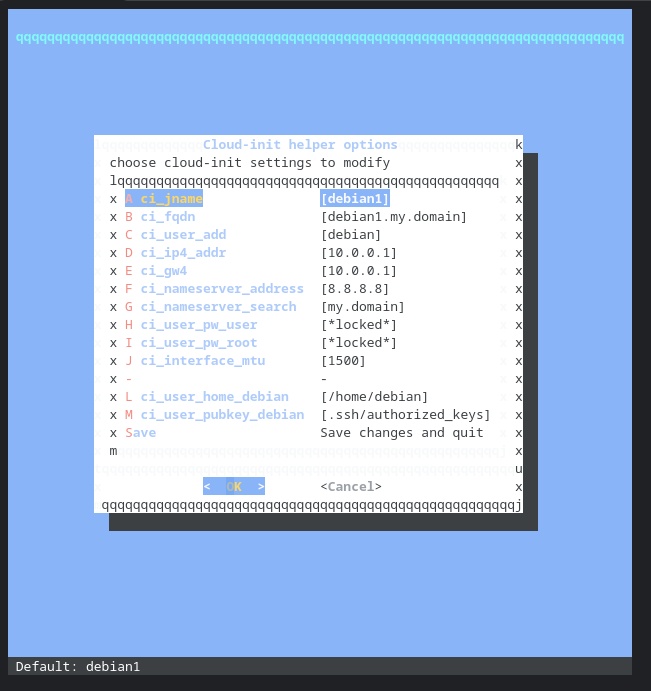 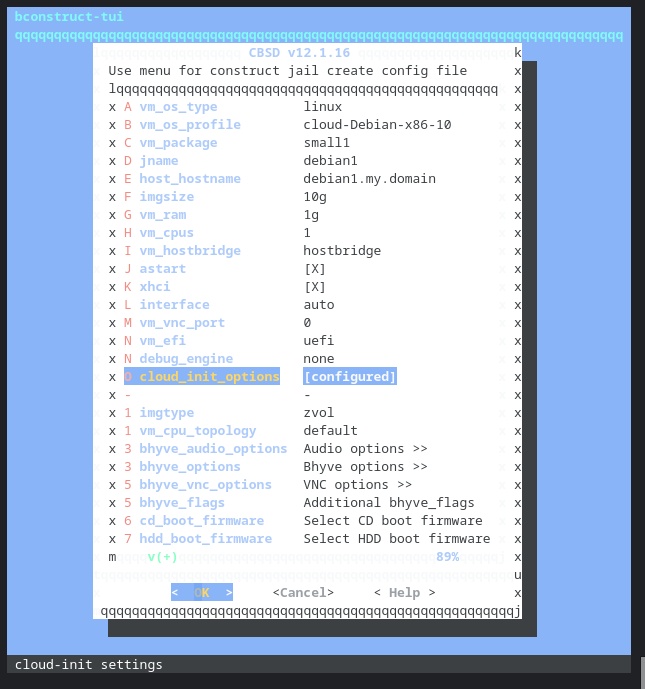 It boots up and everything on the console (viewed via VNC) looks ok.

So, ok, the VM virtual NICs are all members of the same bridge, so shouldn’t I be able to route to the VM’s virtual NIC?

Well, CBSD didn’t give bridge1 an IP address. FreeBSD’s route(8) command requires an IP address rather than an interface for a route’s gateway. Hrm, ok. First I’ll give it the IP address for em0 since that’s a member of bridge1 along with tap5.

Ok, that didn’t work. What if we give bridge1 an IP address?

By now I’ve read everything about FreeBSD bridging and my google-fu isn’t picking up anything which seems like an obvious answer to my issue. However, I did not RTFM very well.

And at this point I start to wonder how much IPv4 knowledge my brain has lost and if I should re-read Stevens Vol 1 instead of using it as a stepping stool when I can’t reach the top shelf of the bookcase.

Yay! Ok, we can now exit that rabbit hole.

Still in the Rabbit Hole

Ok, that’s great, except even though I can make a successful bi-directional connection to my 10.0.0.1 VM, the VM itself has no idea how to get out.

Ok, so I need to add a default route. I assume it should use the VM’s interface as the gateway, as it’s a member of the NUC’s bridge and, well, nothing else has a 10.0.0.0/8 address to act as a gateway.

Success! I’m not sure why the attempts to read the routing table seemed to hang (I only gave them a few seconds before interrupting, but normally they return quickly), but enough of this networking rabbit hole.

Ok, that was very exciting, We booted and installed a VM without additional human intervention, I remembered that I used to know more about IPv4 without necessarily remembering what I used to know, and we can now put our VMs on arbitrary subnets and still route back and forth. Ideally, though, we’d want to add to the default gateway the cloud-init setup.

In the next part of this series, I may or may not look at configuring a Linux distro installation from scratch in CBSD, depending on whether I fall into another rabbit hole along the way